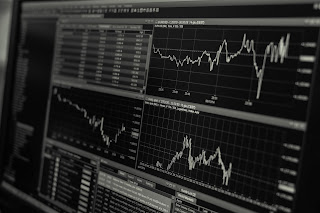 It is believed that use of candlestick originated from Japan in 1700 by rice traders. Over years, its popularity grew significantly as more and more analyst found value in using them. Currently, there are more than 100 patterns recognized based on candlestick formation. In this era, you will hardly find one charting tool that does not have candlestick charting in it. That itself speaks to the value that this way of representation provides.

What is Candlestick Chart?

Candlestick is one of the most popular ways of representing price movement of a stock in a graphical manner. To give the context of where candlestick fits, it may be useful to mention another common type of charts. They are line chart, bar chart etc. A simple example of all three type

The composition of Candlestick – A candlestick composes of four different points of price movement in a day. They are Open Price, Close price, High Price, Low Price.
Parts of candlestick Chart pattern 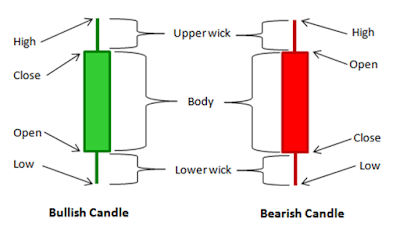 1. Candle Body: Using these four prices, a candlestick is drawn in such a way that the range of opening price and closing price is plotted as a candle (rectangular structure). The higher the difference between Opening and closing price, the higher is the length of the candle. The width of the candle is more than the width of the standard line and is generally kept in such a way it is quite easily visible.

1. It provides more information than just price point.
2. Patterns formed by candlestick are easier to identify.
3. They can provide important trend reversal.
4. They provide latest market mood in a very easy form.
5. They can be used in conjunction with other indicators.
Now we have understood what candlestick pattern is. Now it’s time to look into some of the most commonly formed patterns. We have categorized them into following categories. Please follow these links to find about these patterns. We have explained them in details and provided you with ample real-life examples of them.
Bullish Candlestick Chart Pattern 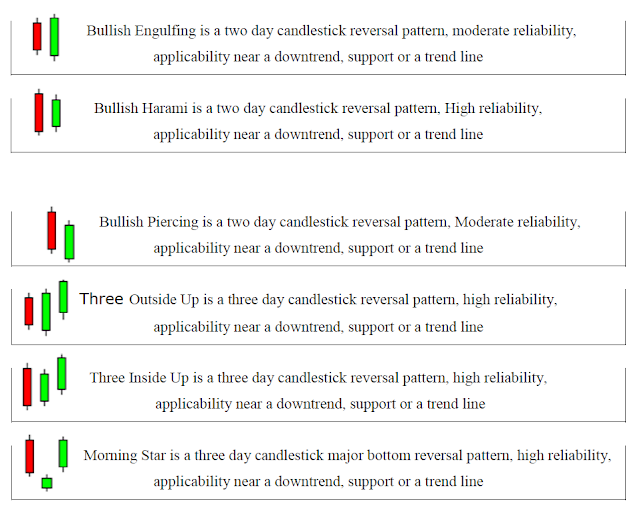 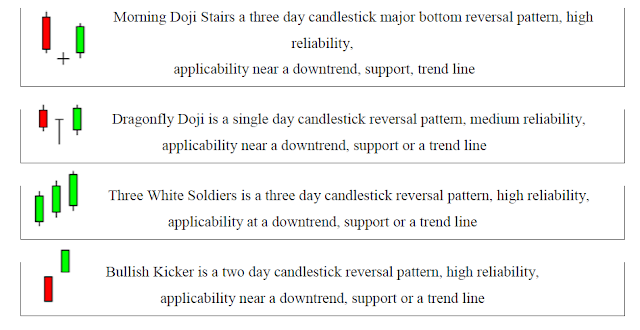 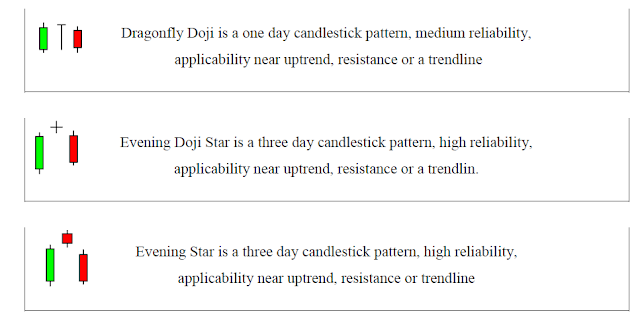 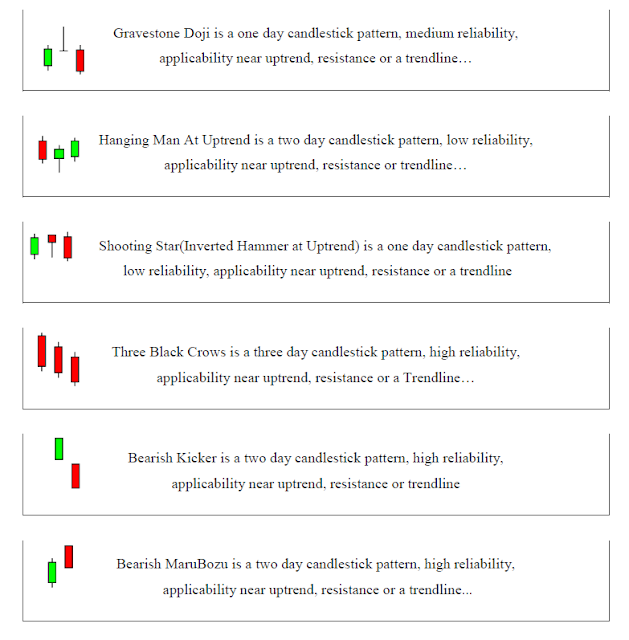 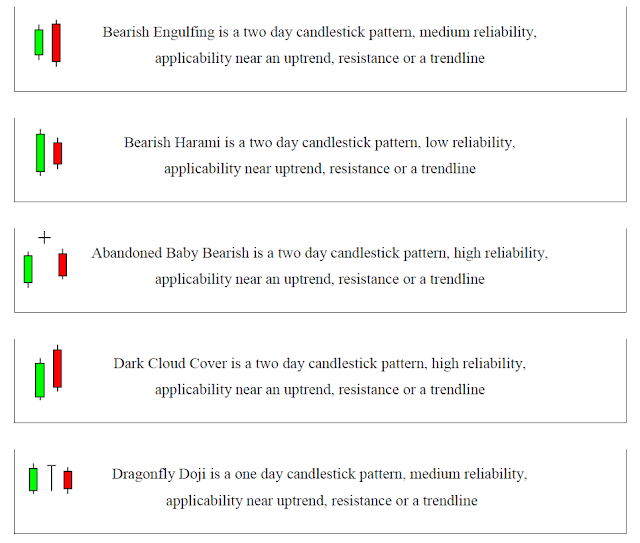